The 29-year-old defender has made 13 appearances for Partenopei during the 2020-21 campaign, while the centre-back has been involved in five of their last six top flight matches. 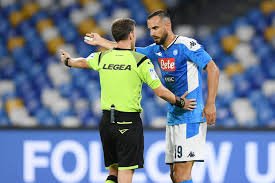 Maksimovic’s contract is due to expire at the end of June, though, meaning that the Serbia international is currently able to discuss terms with other clubs over a free transfer.

According to Italian journalist Gianluigi Longari, Maksimovic has reportedly emerged as a transfer target for Tottenham Hotspur, who are prepared to meet his wage demands.

“About [Elseid] Hysaj I have more hope, while I believe that Maksimovic will go away,” Longardi told Il Napoli Online.

“On him, there are many teams ready to satisfy him even at an economic level, including Tottenham.”

Maksimovic racked up 85 appearances for Napoli.