For years now Arsenal fans have been calling on the club to sign a striker, and it seems that progress is finally being made by the north London club in that department.

Wissam Ben Yedder, who plays as a main striker for the Ligue 1 outfit Toulouse FC – could make a move to the Gunners in the coming hours, according to the Canal+ as quoted by Daily Star.

However, the same report suggested that Spanish outfit Sevilla are also interested in signing the 25-year-old meaning the forward has an option to make over his future. 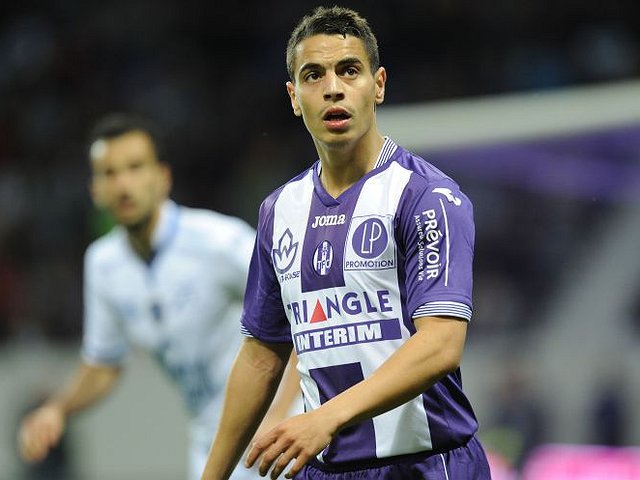 The north Londoners have been linked with a world-class forwards this transfer window, including Gonzalo Higuain and Pierre-Emerick Aubameyang.

However, it seems a little doubt for Gooners (Arsenal supporters) that the club are now targeting less recognised name, despite already splashing the money on Granit Xhaka this summer.

Here’s the how Twitter reacted to the rumours surrounding Ben Yedder to Emirates…!

On one side u can say Ben Yedder has not scored a bucket load & it’s only Ligue 1. Only the other u can say he has never played with MO/AS

I wouldn’t mind Ben Yedder. Saved his team from relegation, smart finisher, great passer, quick, agile. Seems good to me despite his height.

Ben Yedder would only be a good signing if he’s played next to Giroud not instead of him.

Either Arsenal leaking Ben Yedder news to scare Lacazette reps if we’ve already had talks with them or we moved on to another target.

So we get lacazette Lyon get Ben Yedder everyone’s happy

Get it done @Arsenal

Dreaming of Morata and Higuain, but getting Ben Yedder. Classic Arsenal move.

Much prefer a signing like Ben Yedder than £60m+ on players who really, really aren’t worth it

West Ham won’t sign Ben Yedder, he will join another prem team within the next 3 years and be amazing

Interesting now how there’s been a strong report on both Mahrez and Ben Yedder, but nothing to follow up.

I’ll take the cheap Ben Yedder over the expensive Lacazette

Lyon won’t give us Lacazette but now wanna rob Ben Yedder too??? Sod off morons ???? #AFC