West Ham United have announced the signing of 28-year-old defender Vladimir Coufal from Slavia Prague for an undisclosed fee.

The Czech Republic international joins the Hammers on a three-year contract that will keep him at the London Stadium until the summer of 2023, with the option for a further two years. 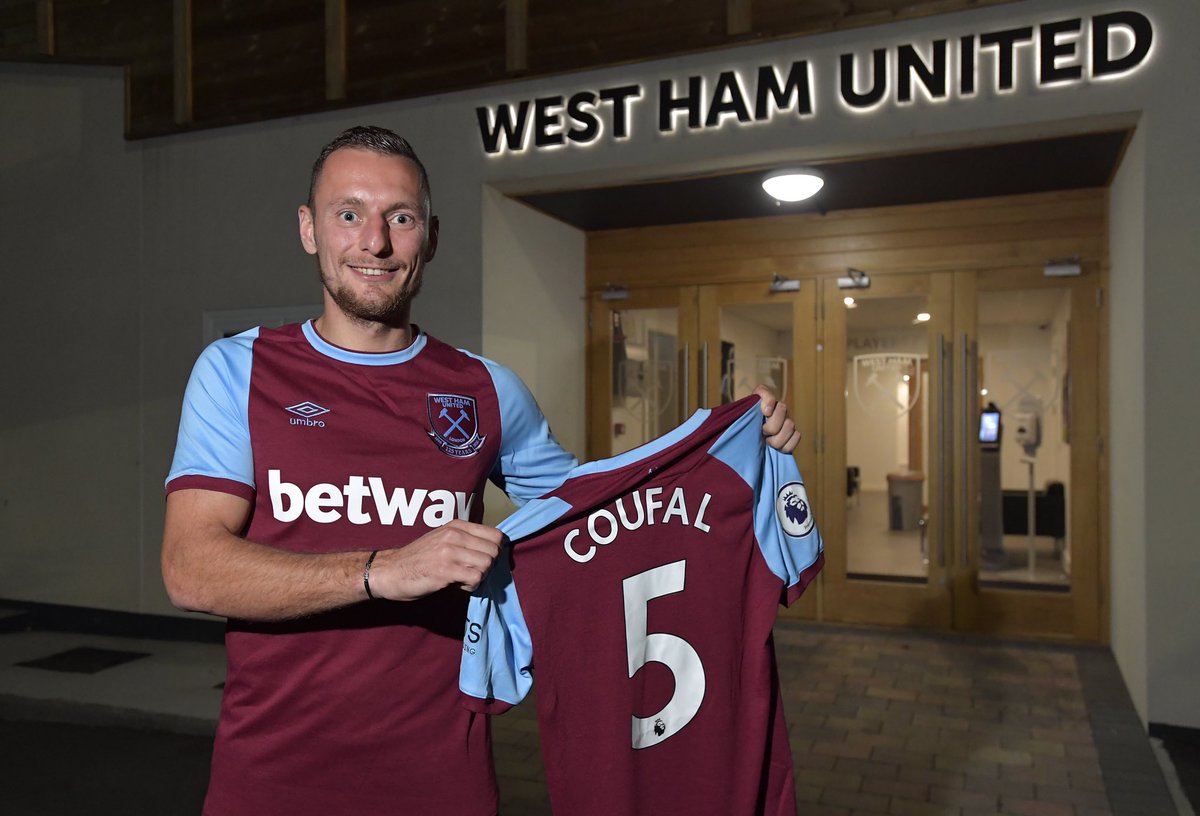 “I’m very happy I am part of the West Ham family,” Coufal told the official club website. “I will do everything so that West Ham will be successful.

“I know about the interest West Ham had in me for a long time but now finally I am here and I am so happy.

“Tomas (Soucek) told me on the best things, that it’s a good stadium with good fans and perfect teammates and staff.

“Tomas is my very good friend and I hope he will help me here.”

Coufal has won the Czech league title twice at the capital outfit.