The 32-year-old joined the Emirates Stadium in the summer on a free-transfer, penning a three-year contract with the Gunners.

He contributed heavily in the London side’s 3-0 victory at Fulham in the Premier League opener. However, his subsequent form hasn’t been as impressive, although he performed well in the recent Old Trafford encounter that his side won by 1-0. 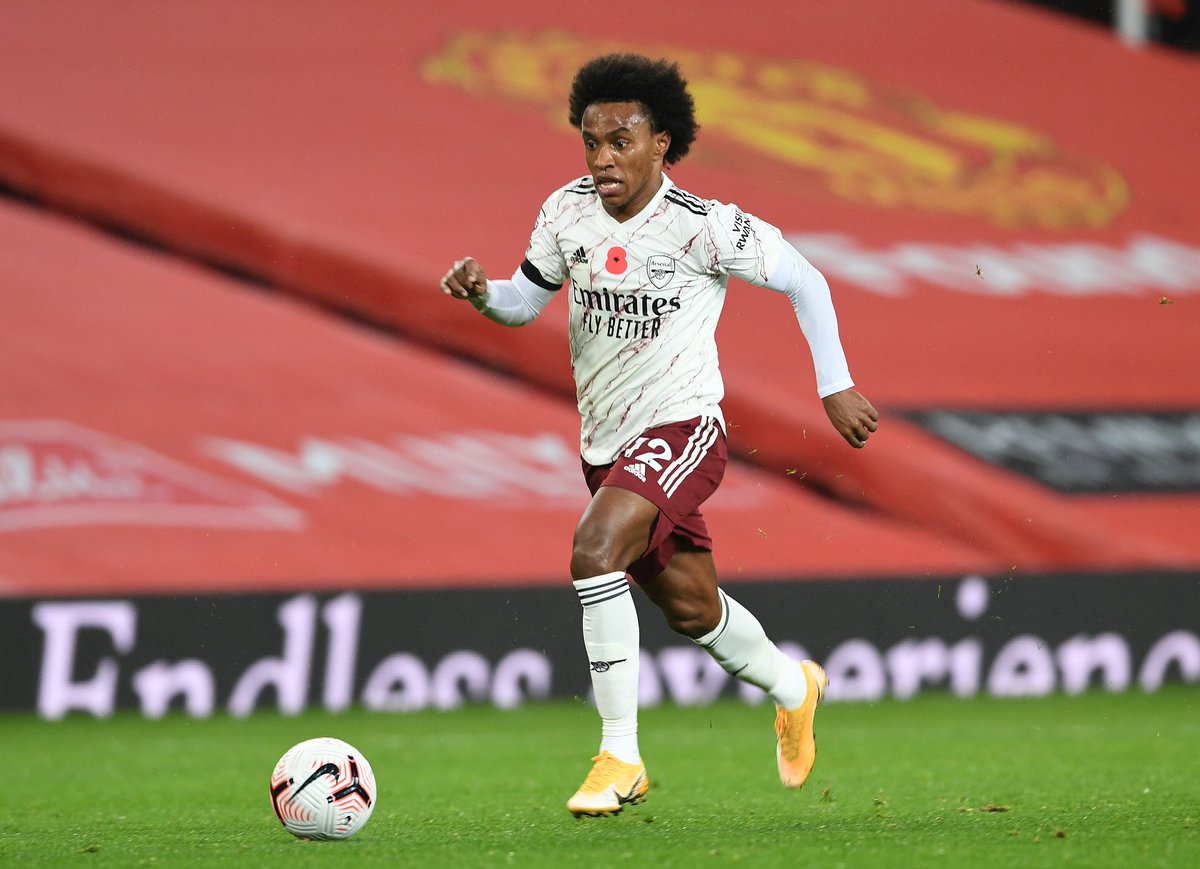 Speaking to Goal, Arteta hailed the former Blues player, insisting that he can make a difference for the team in tight matches.

“Then we’ve been changing the front three and they need to generate that cohesion, that understanding and those relationships on the pitch between the front players in order for things to work better.

“I can see a development in the last two games and the understanding of things that we do but he’s not used to. He’s getting better and better and we all know the quality that he has and he’s a great option to have on the pitch.”

Willian started his youth career at Corinthians where he progressed through the ranks to earn 17 appearances in all competitions for the Brazilian side. After stints at Shakhtar Donetsk and Anzhi Makhachkala, he landed a £30 million move to Chelsea in the summer of 2013.

He clocked up 339 appearances in all competitions for the Pensioners, scoring 63 goals and creating 62 assists. His time at Stamford Bridge saw him winning two Premier League titles, one FA Cup, and one League Cup as well.

The 32-year-old has also earned 70 caps for the Brazil national team.