Manchester United could be set to battle Liverpool for the services of Jorginho in the summer transfer window, according to The Daily Mail.

The Red Devils will consider a summer transfer bid to try and bring the Italy international to Old Trafford and battle with Premier League rivals Liverpool for his signature. 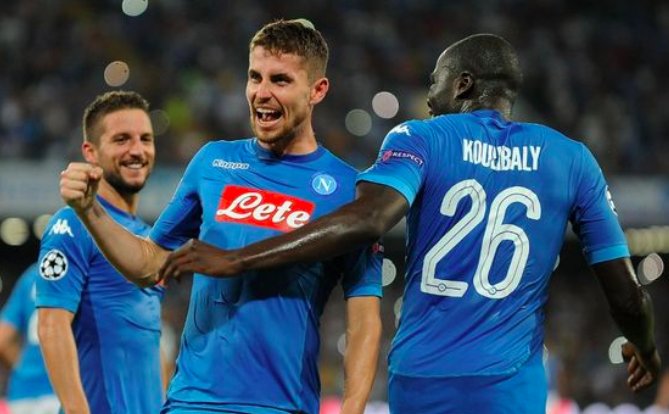 The 26-year-old midfielder is a potential target for the 20-time English champions as Jose Mourinho looks to strengthen his midfield options at Old Trafford.

Jorginho is Liverpool’s preferred target to replace Emre Can, whose contract at the Merseyside outfit expires at the end of the season.

However, it is suggested that the Reds know that they are likely to face tough competition for Jorginho’s signature in the summer transfer window.

Jorginho has been impressive for Napoli so far this season, scoring two times and registering four assists in 23 Serie A appearances for the Serie A outfit.

Manchester United are currently sit in second place, and they will host Liverpool at Old Trafford on 10 March.