City head-coach Pep Guardiola is short of options in central defence with Aymeric Laporte is on the sidelines with a knee injury.

Fernandinho has been pushed alongside John Stones, and the duo struggled during Sunday’s Premier League clash against Liverpool at Anfield, which ended 3-1 to the hosts. 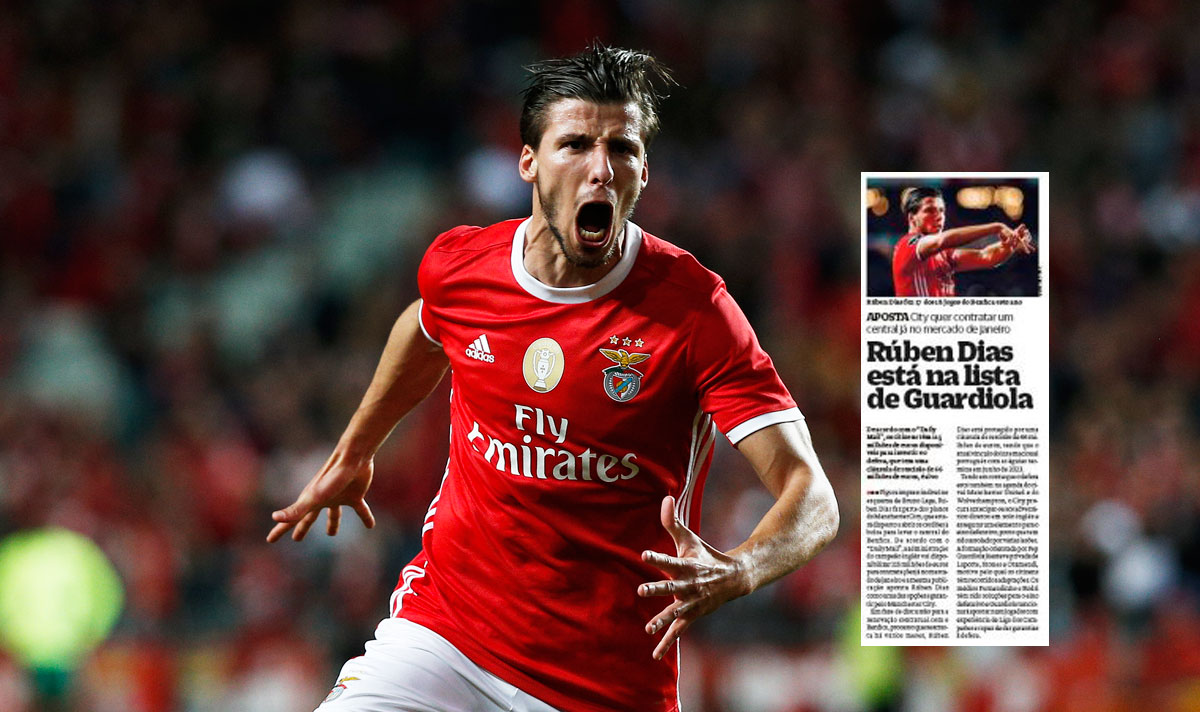 Liverpool are now nine points ahead of City at the top of the table, and a recent report suggested that the Premier League champions are prepared to spend huge in the January transfer window.

According to O Jogo as quoted by The Express, the Citizens could launch a mid-season move for Dias, who has previously been linked with a switch to league rivals Manchester United.

Dias, 22, has scored two goals in 17 outings for Benfica this term, while the Portuguese has appeared on 102 occasions for the Primeira Liga champions in all competitions since 2017.