Manchester City star Kevin De Bruyne has confirmed that he is engaged in early negotiations with the Cityzens over a new deal and he is even doing the talks himself.

The 29-year-old’s current contract, which he signed in 2018, is set to expire in the summer of 2023, meaning there is still two-and-a-half years. However, the Manchester club do not want their star midfielder to reach any closer to the end of his deal and are interested to secure his future services soon. 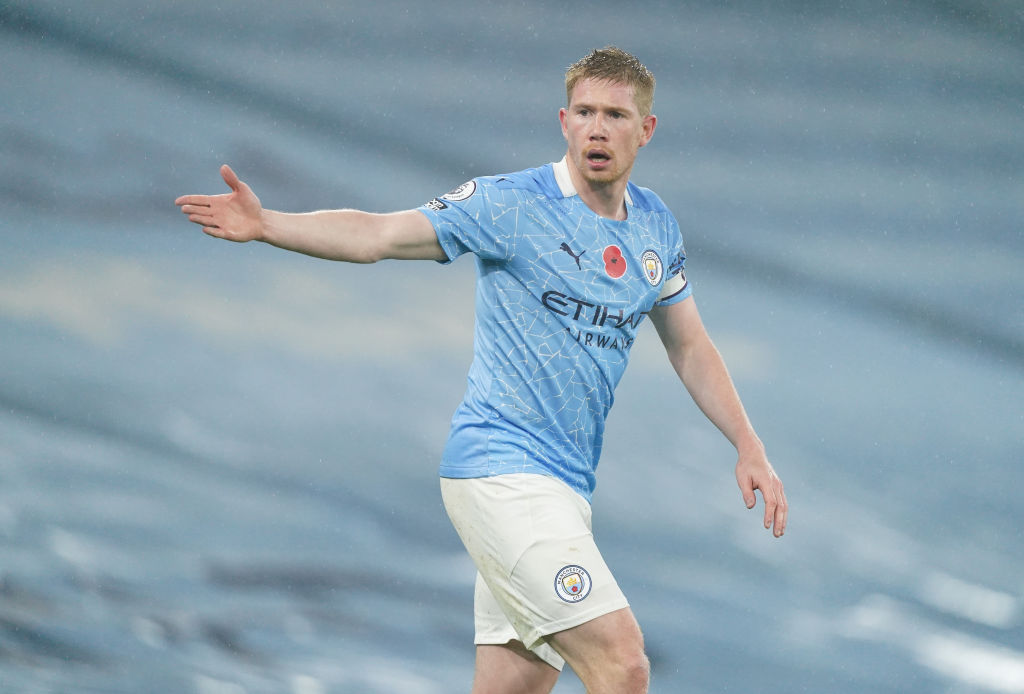 Earlier this month, it was reported that the Sky Blues are ready to give bumper new contracts to De Bruyne and Raheem Sterling, which would make them the highest paid players in the English top flight.

The Belgian footballer reportedly came close to penning a new deal earlier this year, but the talks didn’t proceed further when his agent Patrick de Koster was arrested by police for investigation about alleged financial mismanagement.

The Belgium international has now confirmed that he is in early negotiations with the club.

“I am happy in Manchester. I am at a good club. Good owners,” he told VTM Nieuws.

“We are a bit in talks – not advanced. At the moment I am doing the talks myself. I would like to stay with the club, so it’s easy. If I didn’t want to stay, it would take someone to mediate. But when you want to stay, it’s not so difficult.”

Kevin De Bruyne to @VTMNIEUWS on those contract talks with Man City: “I am happy in Manchester. I am at a good club. Good owners. Good club. We are a bit in talks – not advanced. At the moment I am doing the talks myself. When you want to stay, it’s not so difficult.” #mcfc pic.twitter.com/Kqz3E7w0ob

The 29-year-old first joined City from Wolfsburg in the summer of 2015 and so far he has clocked up 232 appearances in all competitions, scoring 58 goals and creating 96 assists. His time in Manchester has seen him win two Premier League titles, four League Cups and one FA Cup as well.