Premier League giants Manchester United and Arsenal could reportedly slug it out over the summer for Everton’s highly-rated youngster Thierry Small.

According to The Athletic, the Toffess are keen to tie Small down to a new long-term contract, although the talented 16-year-old cannot sign it until his 17th birthday on August 1. 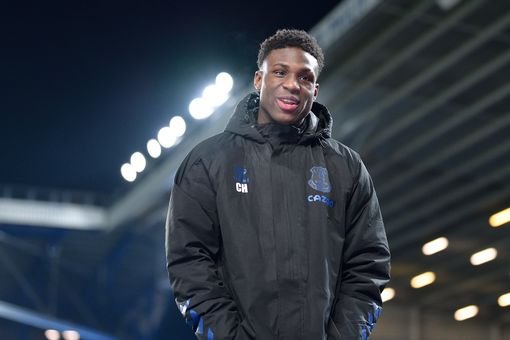 The teenager is currently reluctant to agree terms on a new deal as he is not sure that he would be guaranteed regular first-team football, with both Lucas Digne and Niels Nkounkou ahead of him in the pecking order.

The report adds that Small recently parted company with his agent, with new representatives discussing his future at the Merseyside outfit.

Manchester United and Arsenal have both expressed their interest in luring the young prospect away from Goodison Park, while the German champions Bayern Munich are also monitoring his situation.