Paris Saint-Germain have reportedly outlined their intentions to move for Crystal Palace midfielder Michael Olise as a future transfer target.

The 21-year-old has contributed a total of three goals and nine assists from his 42 appearances in Premier League, and hi performances have understandably attracted interest from other top European clubs including the Ligue 1 champions. 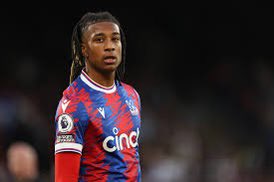 According to the Daily Mail, PSG officials have been left impressed by the development of the young midfielder since switching from EFL football to the Premier League.

The France Under-21 international is one of the standout performers in a Palace side that has made progression under the guidance of Patrick Vieira.

The youngster still has three-and-a-half years left to run on his contract and no bid is expected to be made during the mid-season transfer window.