The England international has enjoyed another stellar season with the Hammers during the 2021-22 campaign, contributing four goals and four assists in 48 appearances across all competitions.

Rice’s future has been the subject of speculation, with the likes of Chelsea, Manchester United and Manchester City all said to be interested in signing him. 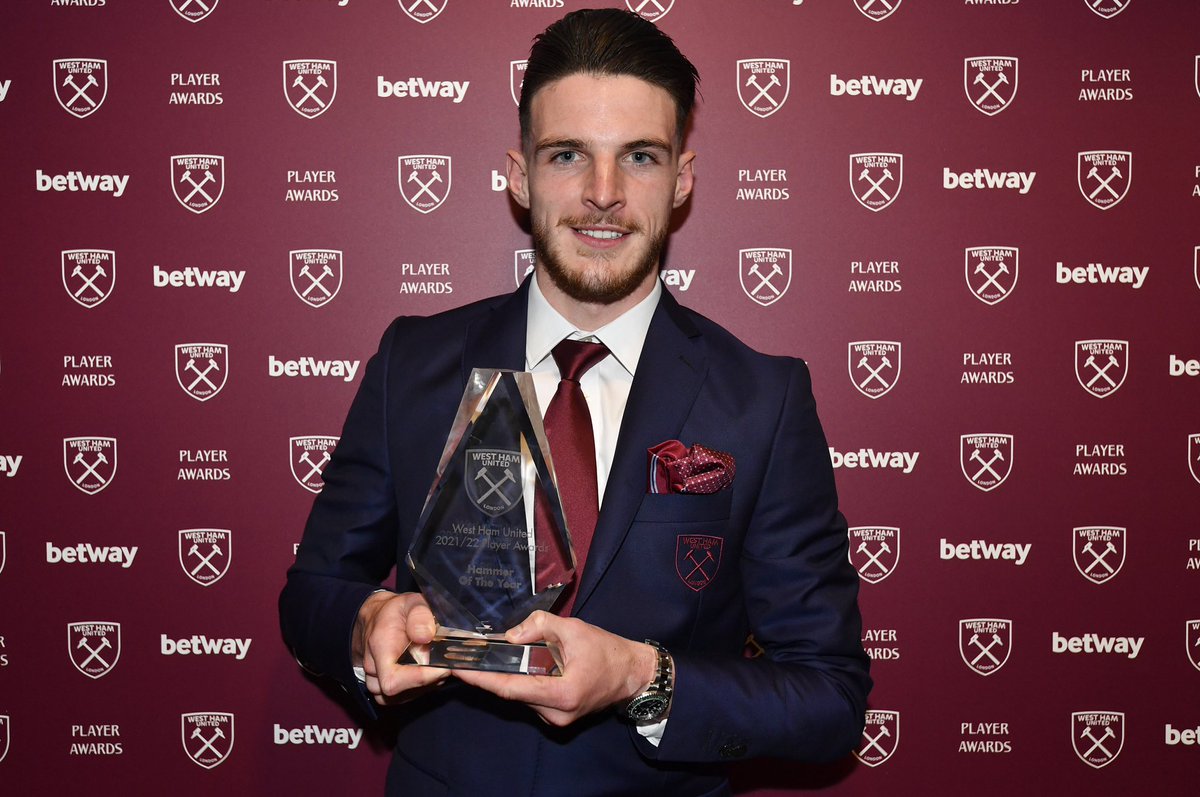 West Ham United have the 23-year-old on a deal until June 2024, with the option of another year, though, and it has been suggested that his valuation is in excess of £150m.

The Hammers recently offered the Englishman an eight-year contract worth £200,000 a week in a bid to convince him to remain at the club, but the playmaker signaled that he did not want to extend the deal.

He contributed nine goals and nine assists in 192 appearances for West Ham in all competitions, while the midfielder is also now a vital player for the national team, managing two goals in 32 caps.

According to Defensa Central, The Spanish and European champions Real Madrid are admirers of Rice and could make a move for him during next summer’s transfer window.

The La Liga giants are said to be prepared to spend big on Jude Bellingham next summer, with Rice a potential alternative if a move for the Dortmund star falls through.