Real Madrid have reportedly outlined their intentions to move for Manchester City midfielder Kevin De Bruyne at the end of the season.

The 28-year-old attacker will allegedly consider his future at the Manchester giants if Pep Guardiola’s side are unable to successfully appeal their two-year European suspension. 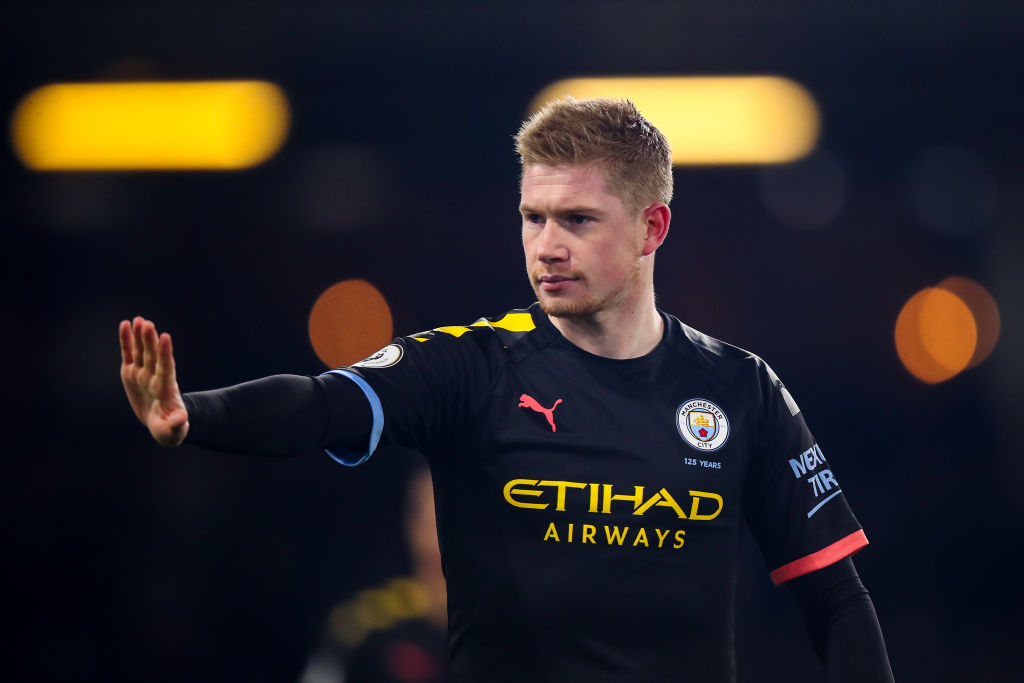 According to Mundo Deportivo, Real Madrid are closely monitoring the rise of the Belgian international and could attempt to sign him during the summer transfer window.

De Bruyne will see his contract at the Etihad Stadium expire at the end of the 2022-23 campaign.

He has contributed seven goals and 18 assists in 31 appearances in all competitions this term.

As it stands, City will be unable to play Champions League football until the 2022-23 season, although the Premier League giants have already announced that they will appeal the UEFA ruling.

Real Madrid are also believed to be interested in signing Raheem Sterling and Sergio Aguero as they consider a raid on the Manchester giants this summer.