West Brom are reportedly thinking about making a move for veteran striker Emmanuel Adebayor if the Baggies fail to sign a proven goalscorer.

According to a report from The Sun, the West Midlands side could turn their attentions to the experienced footballer who has played for some of the biggest clubs, including Manchester City, Arsenal, Real Madrid, Crystal Palace and Tottenham Hotspur. 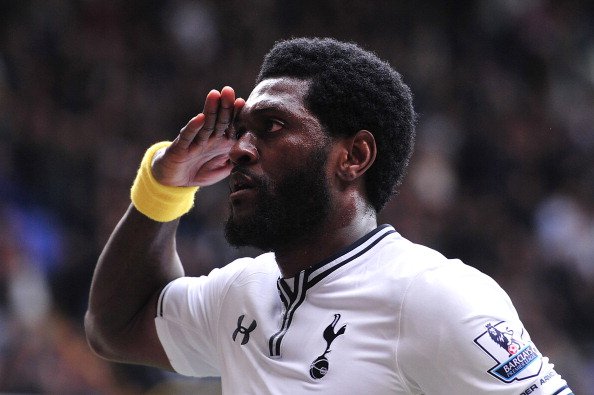 The Togo international is currently unattached, with the 36-year-old last playing for Paraguayan side Olimpia Asuncion. He only made four appearances for the South American club, which equals to 217 minutes on the football pitch. And before that, he remained associated with Istanbul Basaksehir and Kayserispor.

It doesn’t look a great move on the part of West Brom if they sign Adebayor who hasn’t played in the Premier League since January 2017. And even in the last few years in the top-flight, his performances were poor.

Although he has plenty of experience under his belt, with the Togolese racking up 142 appearances for Arsenal and scoring 62 goals. He also earned 113 appearances in all competitions for Tottenham and smashed 42 goals.

However, he is 36 years old now and doesn’t look like he can play well in the extremely challenging English Premier League.