Sevilla’s Youssef En-Nesyri is reportedly on the radar of Manchester United and Liverpool ahead of the summer transfer window.

The 23-year-old forward is enjoying the best goalscoring campaign of his career, finding the back of the net on 17 occasions in the Champions League and La Liga combined. 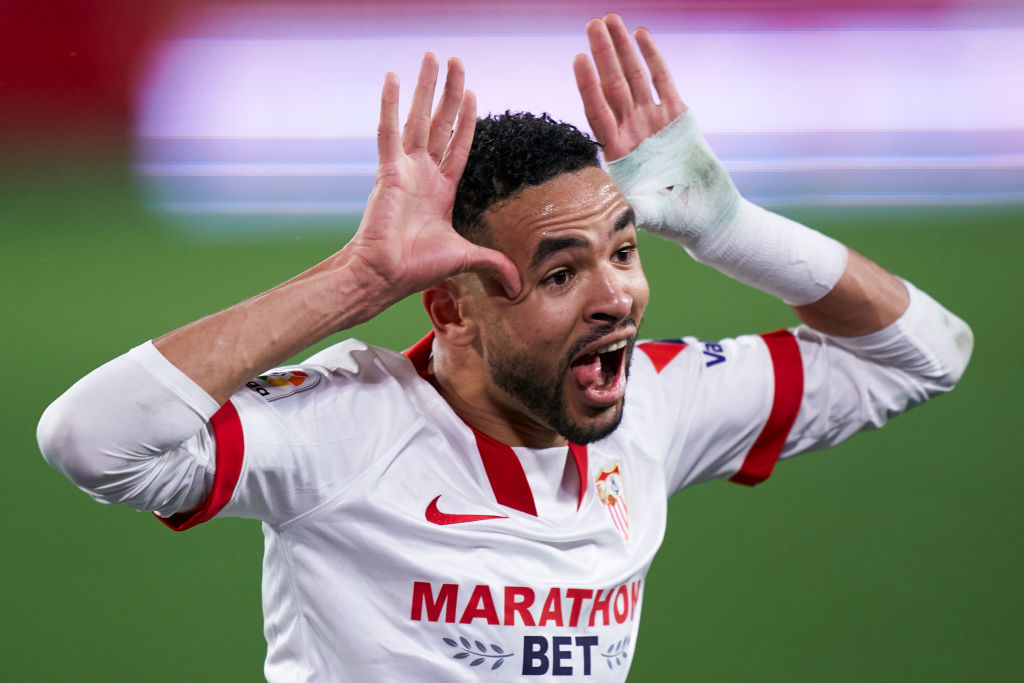 The Morocco international is currently under contract with the Andalusian outfit until 2025.

West Ham United have already been tipped to move for the Moroccan, but, according to 90min via Express, Manchester United and Liverpool may do likewise.

It has been reported that the defending Europa League champions set to begin talks with En-Nesyri over a new deal, the Premier League duo have asked to be kept informed of the player’s situation.