Manchester City are looking to make a highly competitive team this time around, targeting Jack Grealish and Harry Kane. But they can practically land only one of them due to various reasons. They would have to sell players if they want both, which might be possible through a swap deal. Rumours suggest that if Man City fail to reach an agreement with Aston Villa over the fee, Grealish will extend his contract with his current club instead of signing with another. 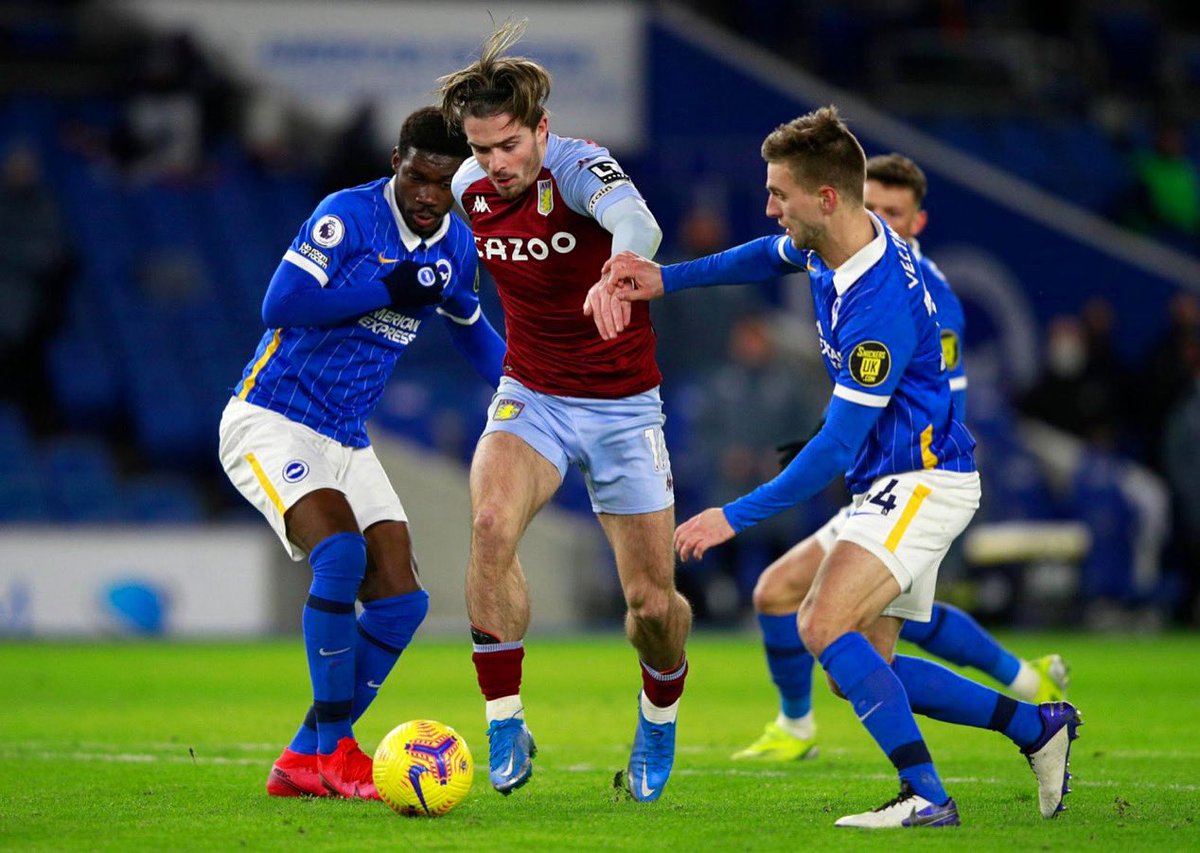 Grealish’s performance for his club, and particularly for England in the Euros has made him a hot property this season. At the perfect age of 25, he’s reaching his peak as well. This is the perfect time for him to move to a big club and win trophies. Man City already have a massive squad depth, and Grealish will be a regular starter. He plays in the same position as Kevin De Bruyne, but Pep might employ a lineup wherein both of them can fit. The Belgian can play as a false 9, and Grealish can be just behind him. Phil Foden and Raheem Sterling will be on either side of the wing.

Thus can potentially be one of the best-attacking systems on the pitch in the league, a frightening prospect for any team they play against. Rodri can play as a defensive midfielder and the team can function without a striker as they did in the latter half of last season. But if they buy Harry Kane, things will look very different on the pitch.

Grealish will add a lot to an already amazing Man City side. The way he plays for England keeps possession, wins a lot of fouls as gets tackled a lot. But that’s not all, the way he can link up with Foden, and Kevin De Bruyne will be difficult for any opposition to deal with. He won 110 fouls last term, some 22 more than any other player, which is staggering given that he missed one-third of the season through injury. The Belgian is one of the best free-kick takers in the league, so it’s a massive advantage.

The Villa man is the second-highest creator in the league after Kevin, adding to the firepower in attack. This is a massive statement from City to go all out for the still pending quadruple that they desperately want to achieve. There’s concern whether Pep can play Sterling and Grealish together or not. Since that’s the reason Grealish did not play much for his country. The majority of his ball carries come from the favoured inside-left channel to drive upfield directly, but he also frequently bamboozles full-backs to cut into the penalty area from the wide-left flank.

Grealish will be a massive addition to the City squad. The deal has not been completed yet, as City can only buy either Harry Kane or Jack Grealish. It remains to be seen whether they can reach an agreement with the clubs and make it happen.